This is the brandnew trailer that I made for the 10th edition of EXPERIMENTA film festival, starting on Tuesday in Bangalore. But this trailer is much more than "just" a trailer, it's also a preview for my forthcoming film _GALORE, which we shot in September/October in the markets and bazaars of Bangalore. We managed to shoot in 28 jam-packed shops within a tight schedule of two weeks, and this was only possible with the amazing support of my crew, so a big thank you to Poornabodh Nadavatti, Siddharth Govindan and Vishnu Nambiar!!! Further I would like to thank the Goethe Institut/Max Mueller Bhavan and Experimenta for inviting me for this year's bangaloREsidency and making all this possible: Thank you Shai Heredia, Claus Heimes, Maureen Gonsalves, Nora Duchêne, Aditi Rajeev and Gavati Wad!!

My film CAMERA THREAT will also be screened there in the International Competition section on Thursday, 30th November 2017, 14:15 hrs 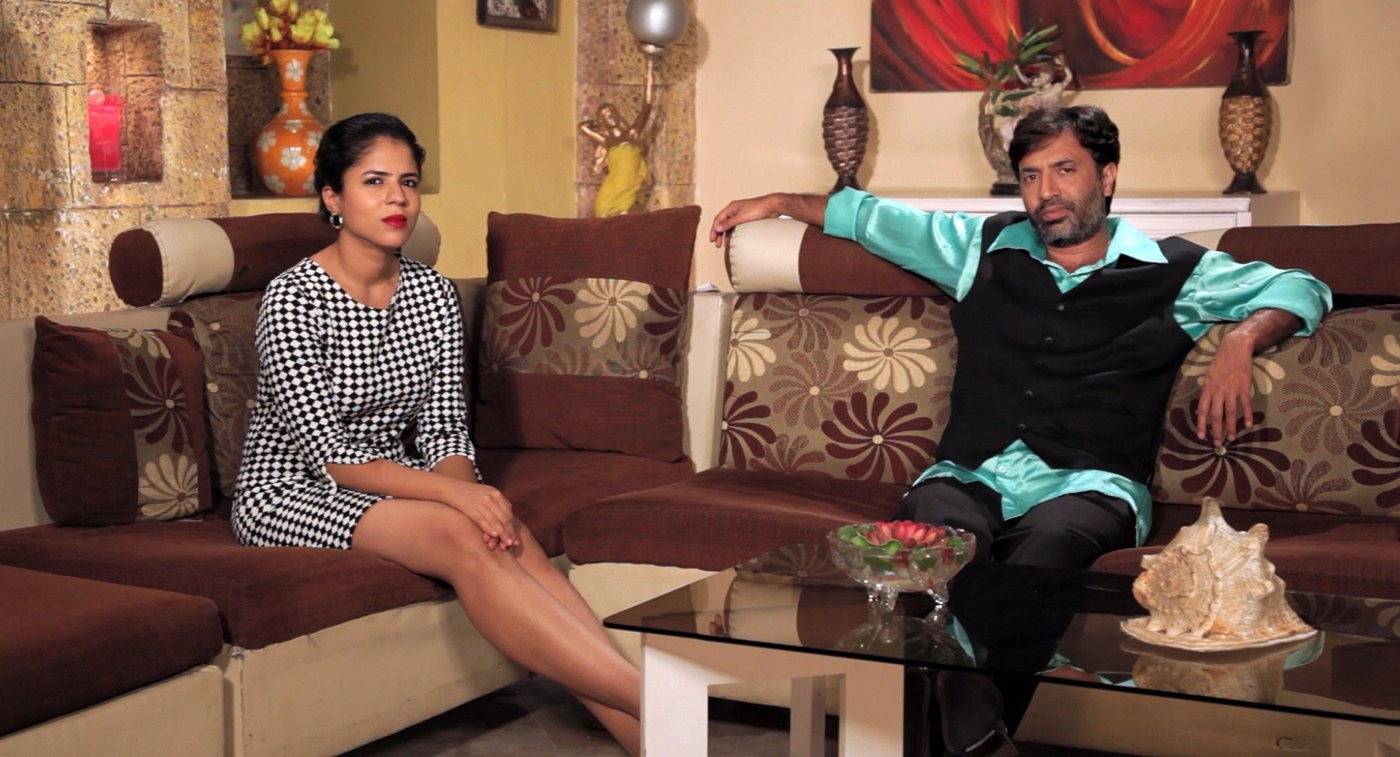 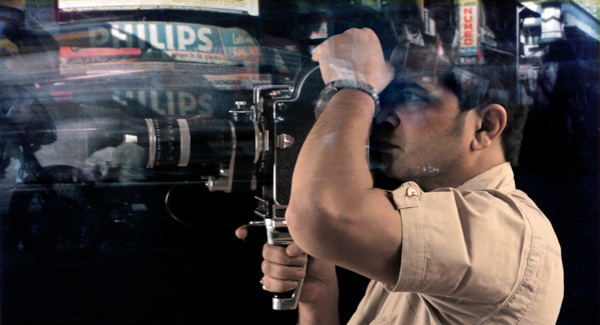 This is the rare opportunity to see CAMERA THREAT in its originally intended form of presentation as a digital / 35mm double projection with the filmmaker himself sitting in the projection booth and controlling the synchronization between the two projectors by hand and on the fly, why the film is being screened.

The program has been curated by Elena Hahn, Sophie Krambrich, Laura Reboredo Raposo & Esther Riese In cooperation with the master program Film Culture Heritage at Filmuniversity Babelsberg KONRAD WOLF and will also feature the experimental film BLACK by Anouk de Clercq. Both filmmakers will be present and join a discussion after the screening. The evening will be hosted by Sophia Wetzke.

Panel Discussion and TRAVELING WITH MAXIM GORKIY at Dokfilmwoche Hamburg

Film scholar Alejandro Bachmann invited me to join him for a panel discussion along with artist-filmmaker Rizki Lazuardi. We will talk about our works, analogue film practice and each present our artists-run analogue filmlabs - Lab Laba-Laba in Jakarta and LaborBerlin in Berlin. In between we will screen Traveling with Maxim Gorkiy, a found footage film that I made together with Kolja Kunt in 2014 - projecting the original found 1980's Super-8 Kodachrome K40 roll.

Finally it's out: Camera Threat, the film I was working on for the last 3-4 years, will see the light of the projector bulbs at the 67th Berlin International Film Festival. And the exciting thing is: It will be screened as a 35mm/digital dual-projector-setup in the following locations:

Plus there will be another screening in the Shorts Mix program, but no fancy dual-projection or Q&A, just purely digital:
Saturday |  Feb 18th |  16:30 hrs |  CinemaxX 5

Two brandnew little films of mine, "Ein Tonfilm", a Super-8 found footage film with magnetic sound - finished last night - and "Fultu Faltu Filim", a hybrid material that has gone through multiple stages of deterioration will be screened in this fantastic venue, a former crematory.

Besided our own films, we will also host a program with films by members of Filmkoop Wien and a performance by Sally Golding.

Our film will screen in the program "Experimental Documentary Series: Shorts Program".

TRAVELING WITH MAXIM GORKIY at the CHICAGO UNDERGROUND FILM FESTIVAL

Our film will be part of the program "Shorts 6: The Emperor".

TRAVELING WITH MAXIM GORKIY is touring Italy with Analogica Selection

Recently I had made this trailer for the latest feature film by filmmaker duo Distruktur (Melissa Dullius and Gustavo Jahn), which is completely made on 16mm celluloid film, and which premiered at Berlinale Forum Expanded this year.

Mysterious images for an even more mysterious track "Batagur Baska" by Guido Möbius. This is the title track of his album "Batagur Baska", to be released on 1st April 2016 on Shitkatapult.

BATAGUR BASKA and THE VOICE OF GOD at Ausland Berlin

LABORBERLIN is going to project films of members and friends in 16mm and 35mm celluloid format. Amongst others, there will be two films of mine, one virgin 35mm print of the Voice of God (2011) and one PREPREMIERE of Batagur Baska, a brand new music clip for a phantastic music track by
Guido Möbius, that I shot in Rio de Janeiro on Super-8, digitally blown up to 35mm in Mumbai, and all projected with my fancy new & old GDR-projector TK35.

Furthermore there will be 12 other works with a total duration of 89 minutes
Please find the details here: http://ausland-berlin.de/film-aint-dead

This evening is part of our crowdfunding campaign FILM AIN'T DEAD!
Since we collect money for a good reason, there won’t be any guestlist.

After the projection musical entertainment will be provided by mfx.

The 3rd film at Antimatter: After True Love is just Filmi and the Voice of God now Unterwegs mit Maxim Gorkiy will be screened at:

And another Premiere: Unterwegs mit Maxim Gorkiy has been selected for the European competition at Szczecin European Film Festival.

Unterwegs mit Maxim Gorkiy has been selected amongst 15 out of 1,713 submissions for the international competition at FESTCURTASBH Belo Horizonte International Short Film Festival in Brazil. And we are very excited to be able to send one of us there - which is only possible with the support of AG Kurzfilm/German Films.

Our film Unterwegs mit Maxim Gorkiy will be part of the exhibition backup_art_screen, at the Gaswerk in Weimar.

For those who are planning to attend EMAF - European Media Art Festival in Osnabrück: Our film Unterwegs mit Maxim Gorkiy screens in the program (RE-) VISIONARIES, along with 3 other films, all (re-)inventing reality or history.

We are very excited to announce that our film Unterwegs mit Maxim Gorkiy has been selected for the CROSSROADS festival in San Francisco. It runs in Program 7 - Glimpses of Soviet Science: Demolished Every Second - presented by San Francisco Cinematheque. 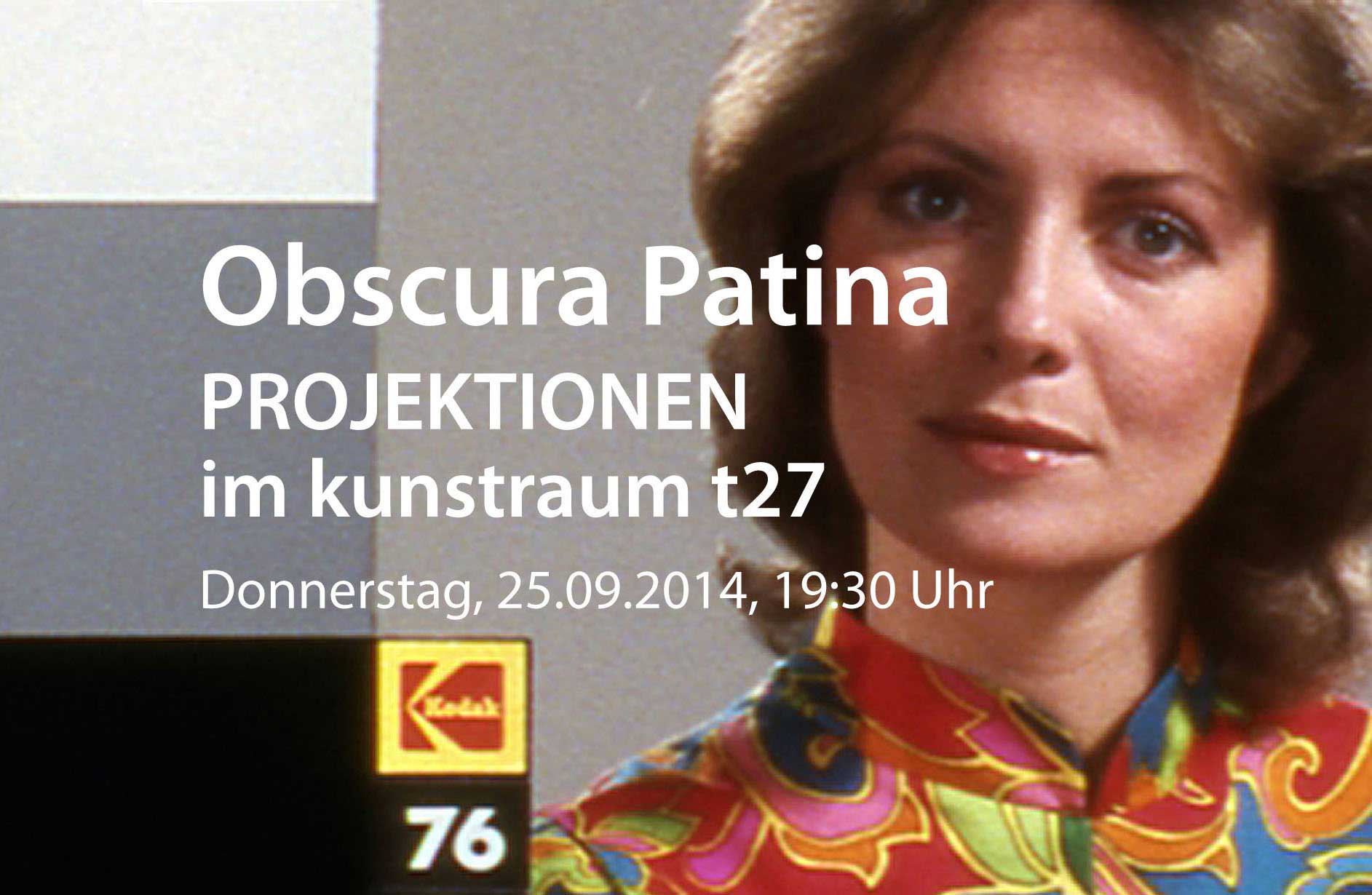 Kolja Kunt and me are very happy to announce the world premiere of our latest Found-Footage-Film Unterwegs mit Maxim Gorkiy at the K3 Film Festival in Villach, Austria on Sept 17th 2014.

You can find the full program here: K3 Film Festival