this film was made as part of the bangaloREsidency program, hosted by Experimenta India
with financial support from Goethe Institut / Max Mueller Bhavan Bangalore

synopsis
The streetscapes of contemporary Indian metros are largely dominated by products. The bazaar is no longer limited to a certain square or building, it expands into all other parts of the city and claims a large percentage of the available public space. Between the buildings and the traffic, every inch of asphalt is exploited commercially. The roadsides are occupied by parked vehicles, hawkers with their carts and stray animals of all kinds. The sidewalks are usually crammed with products, put on display by the local shops. The vast majority of those shops is lacking the facility of a shop window. Instead, their architecture can be described as a garage style, windowless, rectangular box, open to the front, with roller shutters to lock them at night. This prototype can be found all over the country.

Stepping into such a local shop can be like entering a complete new world where time stands still: Many of them are literally filled with products galore up to the ceiling (and above). The product itself serves as the interior design of the shop.

The lacking distribution system drives hundreds of busses with thousands of shop owners and their family members from all surrounding villages and small towns into the city centers and markets. Especially during the rush hours the market gets overrun by an avalanche of customers who seem to enjoy their high-density shopping experience. Shopping galore. Products galore. Profits galore.

Priyanka Sacheti about the work 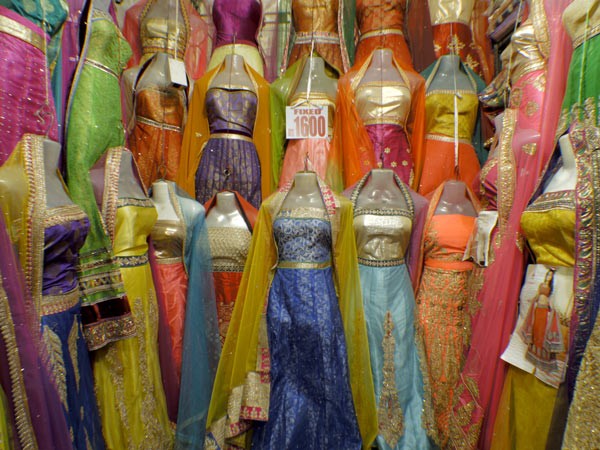